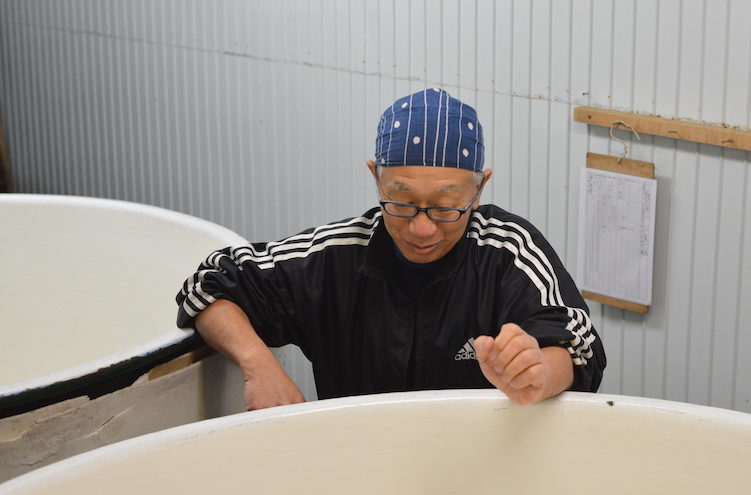 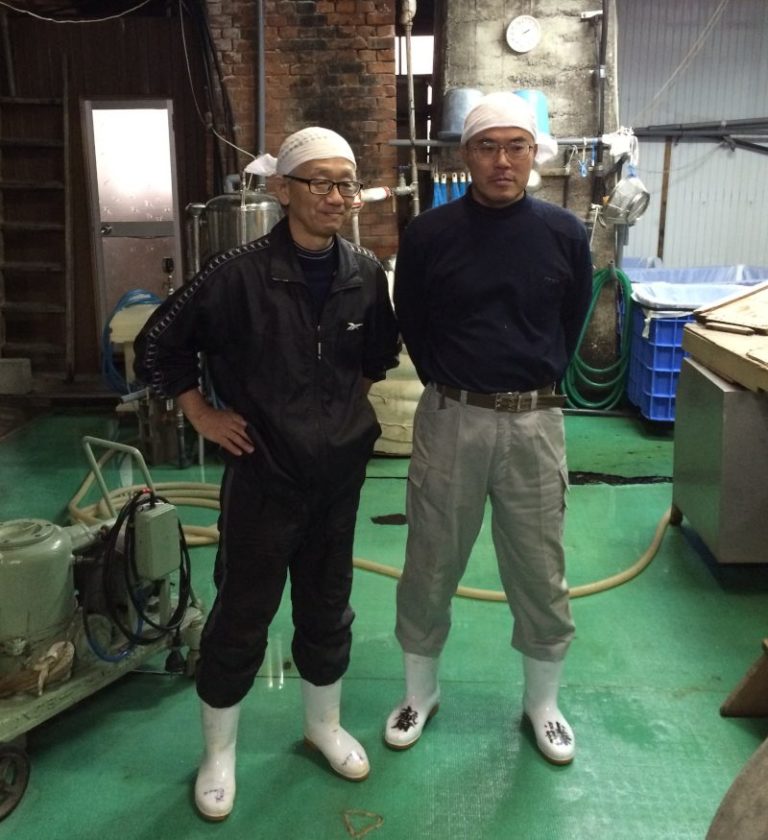 When Hiroaki Oku took over his family brewery in 2009, he set a new production target: He wanted to slash it by 75 percent. Each year he gets closer to that goal, and Akishika sakes get rarer. His reasoning: he wants to use only the very best rice, and to be at the helm for every step of the process. He’s aiming for what he calls “ikkan-zukuri”, meaning production from seedling to sake.

Oku-san grows organic rice on 18 hectares of local land, using only a distillation of his own sake lees as fertilizer. He won’t use manure, he says, because you can’t be sure what the animals ate. He says the focus on organic isn’t just about health. When you avoid the nitrogen-based fertilisers you can grow a better, leaner grain, free of the impurities that can ruin a sake.

He also invested in a milling machine. You don’t often see them in breweries of this size because they’re enormous beasts, they cost about the same as a Lamborghini Huracan, and it’s easy to outsource the milling. But it’s a price you pay if you want to be ikkan-zukuri.

Oku-san makes some of the most natural sake around. He says “if it’s not junmai, I’m not interested”, and he stopped all filtering several years ago. His sakes typically have layers upon layers of flavor and a moreish streak of acidity. Some are held back to develop for years until he believes they’re in perfect drinking condition