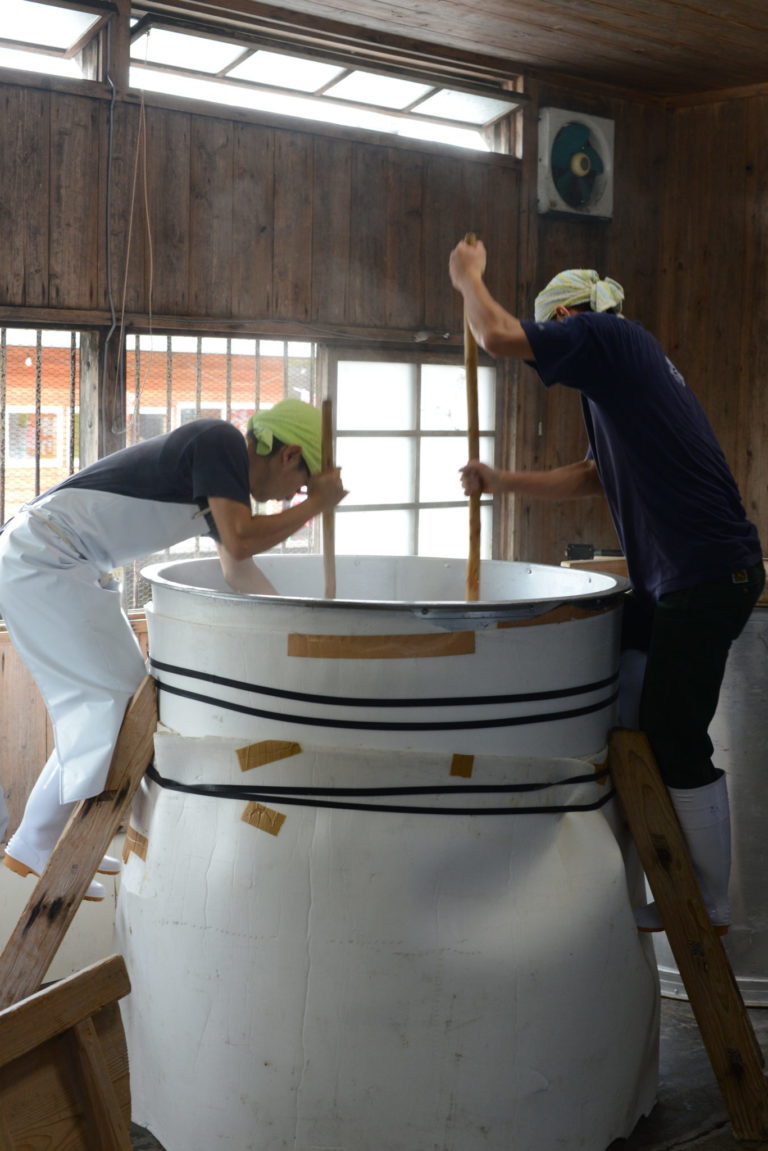 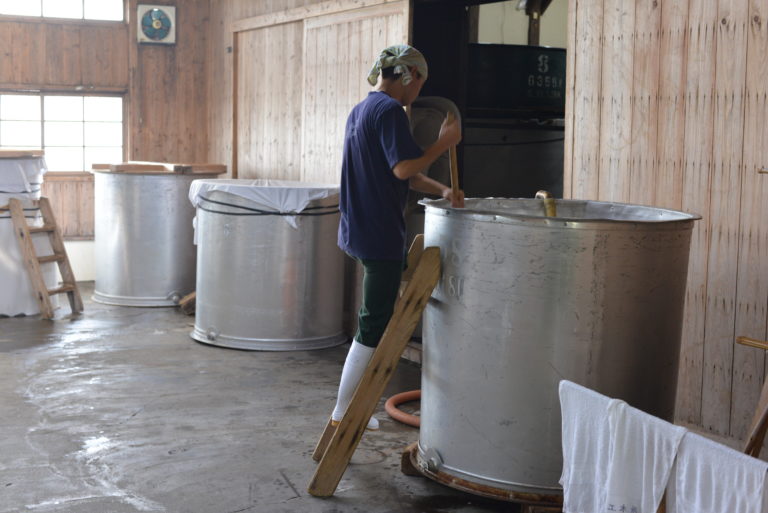 Kidoizumi is unique among Japan’s breweries for making all of its sakes with a starter method called ko-on yamahai or “hot yamahai”. Traditionally, the yamahai starter mash needs to be created in a cold environment. That keeps the unwanted bacteria at bay while the lactic acid develops. Kidoizumi uses 55°c water. Until recently they added a lot more lactobacilli to survive the heat, but now there’s enough in the air that they leave it to nature. They also stopped adding yeasts in 2018, and rely on natural yeasts in the brewery’s air.

The grandfather of current head brewer Hayato Shoji switched to the hot yamahai method in 1956. He knew that in the Edo Period (1603-1868), the most sought-after sakes were the aged ones. He thought the sakes of the post-war period lacked character, and didn’t like all the preservatives. He wanted to revive the idea of aged sakes and make brews that would preserve themselves. He also thought aged sakes would pair well with the new, rich, international food that was coming into Japan.

Kidoizumi’s warehouse now has an incredible collection of sakes dating back to 1971. And it turns out the characteristics that make a brew suitable for aging also make it delicious straight from the press, so the brewery has developed a reputation for both fresh and aged sakes.

Shoji-san has been running the brewery since 2006, with a team of just five other people. He hasn’t had to change much – he says he has the same taste in sake as his father and grandfather – but he’s increasing the use of organic rice. He says when you drink sake made from that rice it’s easier on your body… and you get less drunk.