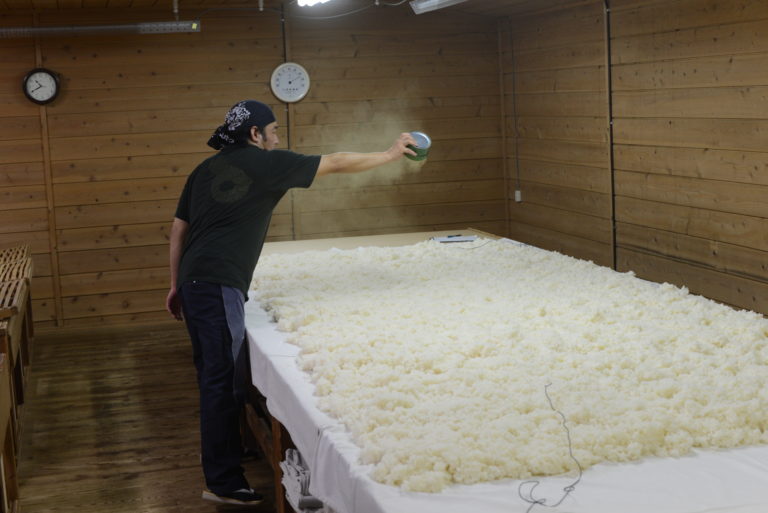 The Terada Honke brewery was founded in the 17th century, at a time when a Shogun ruled Japan, kabuki was a fledgling art form, and you had to be Dutch or Chinese to enter the country. That extraordinary history is one reason 24th-generation brewery head Masaru Terada decided to make sake the way they did in centuries past.

All Terada Honke sakes are made from organic rice. Terada-san grows 5% of it himself. Instead of spraying pesticides, he lets ducks roam his paddies eating the bugs. He buys the rest of his rice from local organic farmers.

With seven other people, he makes seriously old-school sakes, employing the ancient kimoto or bodaimoto starter methods,and only the yeasts living naturally in the brewery air.

Masaru married into the Terada brewing family and took his wife’s name. He says it was only when he joined the brewery that he really understood the difference between mass-produced and craft sake. It’s fair to say he’s now pushing that distinction further than most brewers.